Recently I hosted Reunion with Death for nine players online. I used Kumospace, which creates a virtual space (representing the hotel ballroom in this case) for players to interact with. When players get close enough, they can see and hear each other and have a conversation.

So, it’s more intuitive than something like Zoom or Discord—if two people want a quiet conversation, they move away to an area of the room.

Anyway, I thought I’d explain what I did. 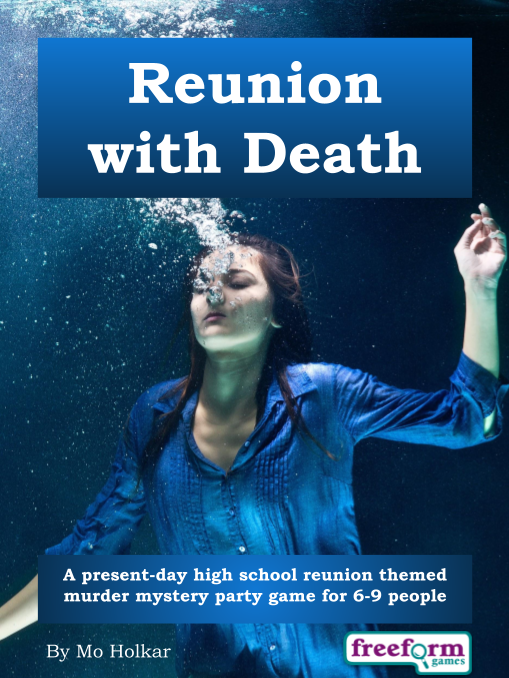 Reunion with Death was originally written to work as an online game—it came out of the pandemic lockdown as a way to play murder mystery games with your friends without being face-to-face.

If you’ve played the other murder mysteries by Freeform Games, you’ll know that they can be involved, with items, money and even rules for fighting. Reunion with Death does away with all of that—so the host has an easy job. (The host can even be a player—although I didn’t do that for Reunion with Death as I knew what was going on.)

I found Kumospace easy to set up and use. Here are some of the tips.

As I didn’t know everyone who was going to play Reunion with Death, I created a simple casting form using Google Forms to help me assign characters. The questions I asked were: 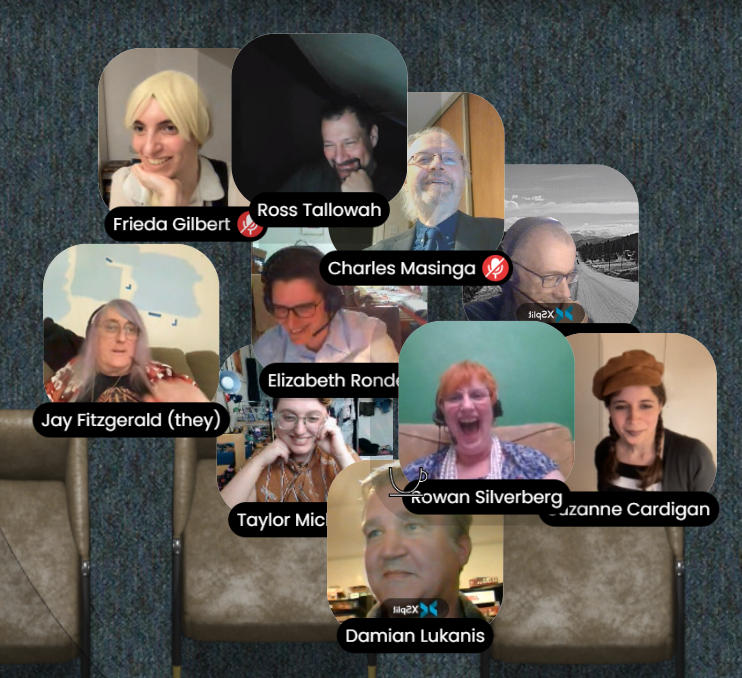 Hosting Reunion with Death was easy—I had little to do other than listen to some of the conversations and post announcements.

I moved around the room to listen in—much as I would with a regular murder mystery party.

I ended the game by getting everyone to say who they thought the murderer was and then asking the detective to read out the solution. I then opened the floor to questions from the players.

After a murder mystery game I like to get some feedback and share stories from the players—partly this is to help celebrate the party’s success, but also because, as the host, it’s the only way I get to discover what happened.

So after the game, I asked two questions:

(Give stars to other players, to a moment in the game, or to an element of the overall experience. For example, you can award a star for - amazing roleplay, great character moments, another player’s generosity, a mechanic of the game system that really sang etc. A star is a thing you loved about the game.)

I received wonderful responses. These are examples (names redacted to remove spoilers):

(Some epilogues were too detailed to share here! And I've changed some of the details to protect the guilty.)

And lots of stars, including:

Hosting Reunion with Death online is easy—it was designed for online play, and once you start, it runs itself.

And Kumospace is a great alternative to Zoom or Discord and worth trying out.