Death on the Gambia

Death on the Gambia is a 1939 African murder mystery party for 8 to 11 guests published by Freeform Games.

(Note that if you click on the link below and then buy Death on the Gambia I will earn a small amount of commission.) 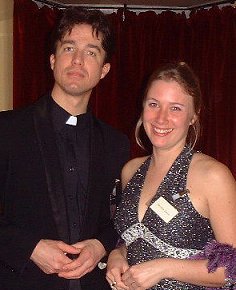 Set in 1939, Death on the Gambia follows a tramp riverboat as it sails along the River Gambia in Africa.

Aboard are a curious mixture of passengers - a big game hunter, a missionary, a doctor, a journalist, an archaeologist and more.

All of the passengers have secrets, and the journey will be one to remember...

how death on the gambia works

Death on the Gambia is an interactive murder mystery game, which means that each player receives a detailed character background including full backstory, objectives for them to try to achieve, and information about the other players.

They also have item cards (representing things such as an archaeological artefact, a pair of handcuffs or a codebook) and abilities (that let them do special things such as picking pockets and detecting secrets).

In my opinion, interactive murder mysteries are the best form of murder mystery game. But don't just take my word for it...

death on the gambia stories

"Everyone unanimously agreed that this (Death on the Gambia) was 100 times better than the sit-down mystery scripted games! And I've been asked several times in the past weeks when I'm doing the next one." Jessica Schweitzer

"I hosted Death On the Gambia this weekend and it came off wonderfully! Thank you so much for recommending it. It was my first mystery party, but it won't be my last." April McCauley

"Talking to my friends your games are much better than the ones with tapes. I have had various guests who had played murder mysteries before that weren't a patch on yours and didn't want to come...now they are raving about it! I hadn't laughed as much in years!" Jane Aireton

"All in all, a very successful evening - the second time I've seen Death on the Gambia run, and with a completely different set of outcomes. Just as enjoyable second time around however!" David Fulton, England

"I thought it (Death on the Gambia) was an awesome game - we had a great time. I've played murder-mysteries, but I liked the action and mingle in your games, and the goals, allowing for more flexibility of play. Both times I played seemed like completely different games, as it worked out, which I also found to be really cool." Barbara Hass, Indiana

Rather unusually, Death on the Gambia doesn't start with a murder - and a murder might not actually take place during the evening.

That depends entirely on the players - the characters have reasons to attempt murder.

And of course there's a detective to keep an eye on everyone.

Death on the Gambia has a number of different plots to keep everyone busy. For example, there's a stolen artefact, ruby smugglers and German and British spies. Plus an assassin, secret jungle experiments - and more.

The cast of Death on the Gambia includes:

Instead of a formal dinner party, Death on the Gambia is better suited to a buffet meal or finger food.

Death on the Gambia needs a dedicated host, someone to organise the game.

how to get death on the gambia

Death on the Gambia is available from Freeform Games and costs $29.99 USD. 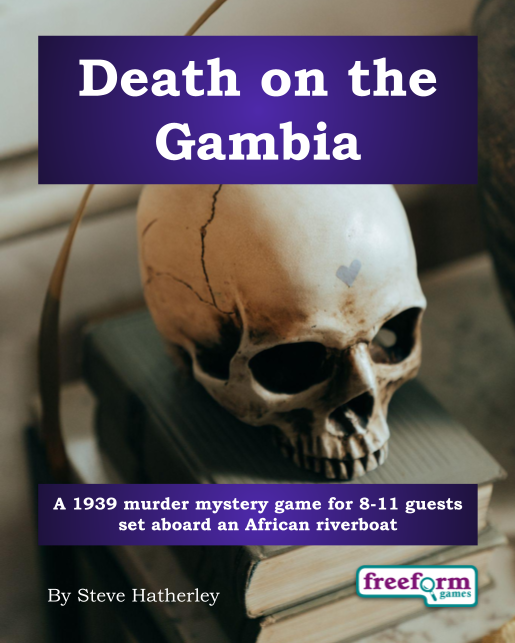 For more information about Death on the Gambia, click here to download the free introductory pdf file which includes more details - including background, a full cast list, costume guide and invitations.

Disclosure: I am a partner at Freeform Games - feel free to ask me lots of questions! (I will also earn commission if you buy Death on the Gambia.)

death on the gambia stories and queries

Here are some other Death on the Gambia stories and queries: 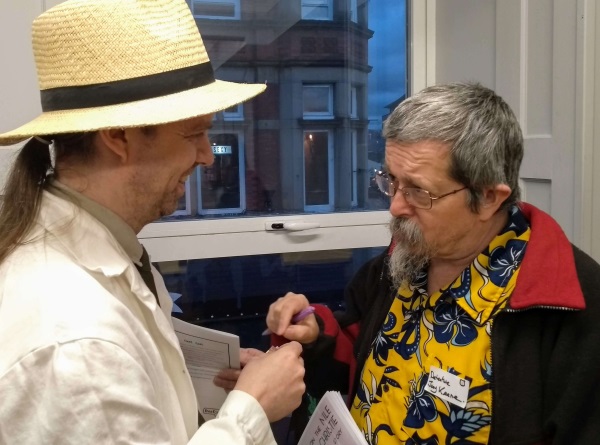