The host of a murder mystery party

Questions about the host of a murder mystery party.

what does the host do?

Generally, the host prints out the game and prepares everything.

(They’re often the ones who downloaded the game in the first place, although this isn’t always so.)

They also organise the venue, send invitations, and act as host on the day. 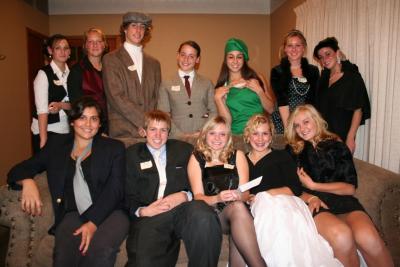 What does the host do?

Here’s what the host actually does in an interactive murder mystery game.

Before the party, the host:

The host might also be responsible for sorting out the venue and refreshments – or that may be done by others. (I recommend getting others to help!)

During the party the host:

The host might also serve food and drinks – but it’s often better if others are responsible for that.

have you any hints for a host?

Click here for lots of hints for hosting a murder mystery party.

which murder mysteries can be played by the host?

These games can be played by host.

The Last Gasp – the guest playing the murderer doesn’t know that they did it and the only place the murderer is listed is in the solution. Therefore, it’s easy to run that one and still try to solve the murder. (Just don’t read the solution – seal it in an envelope when you print it.)

Reunion with Death and Death in Venice are designed for the host can play a character (although you can host them normally if you like).

Murder at Sea – while you won’t be able to solve the murder (because you will need to know who did it), if you haven’t filled the game it’s easy to play one of the characters (Patrick Malloy – the priest) and just enjoy “hamming it up”.

(I often find that as I’m so busy being the host, I don’t have time to solve the murderer – so knowing the murderer isn’t usually a problem.)

I've also written a tip about playing the host at the same time as hosting: Playing and Hosting a Murder Mystery Game.

Got a murder mystery game question?

If you need to ask me a question, either use this page or type your question into a Facebook comment field.

And please check the FAQ first - your question has probably been asked before!

(Alternatively, try the "Search this site" search box in the top right of the page. You may find that easier.)