What do you do when murder mystery guests don't arrive on time to your party? Read on to find out more! 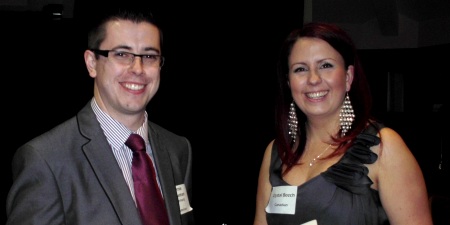 These guests were on time!

what do you do if one of your guests don't turn up?

If you've cast your murder mystery in advance and one of the critical players (say, the murderer) fails to turn up - you've got a problem.

Or if you're playing a game with a set number of guests, then you need everyone to turn up otherwise you can't play the game.

Of course, there are occasions when it can't be helped, and this is what you can do to minimise the damage.

Make sure everyone knows that it's important that they turn up

First, ensure that everyone knows that it's important that they turn up.

If you are running a game that doesn't have any flexibility in numbers, then especially emphasise that.

have a standby guest

Second, you might want to think about a "standby" - someone you can call on at the last minute.

For example, sometimes I have someone help me run the games - if necessary they can stand in (particularly if they don't know the details).

as many players as possible

Third, if you are running a game with "core" characters and "additional" characters (such as The Auction, which has 12 core characters and 28 additional ones) then try to ensure that you have at least 13 guests so that if one drops out, the party won't be spoiled.

leave some casting until the last minute

If you are casting a game like The Auction in advance, you could leave a couple of the additional characters uncast.

That way, if someone critical doesn't turn up you have someone who can take over the role.

(They might not have the exact costume, but at least you can run your murder mystery game!)

Allow a factor of safety

If you have players that you know are likely to be late (because you know them and they have a history of leaving things until the last minute), then you can build a factor of safety into your party and plan to start later than originally advertised.

play the role yourself

I've written some tips about playing and hosting at the same time here.

hopefully it won't happen to you

Hopefully you won't have the problem of late murder mystery guests.

But if you do, this article may have given you some ideas for how to deal with it.